In the light of the Facebook IPO going south, and the bad publicity around General Motors cancelling their $10M Facebook campaign, I thought it would be worth noting the reasons why I believe Facebook ads are far better than Google ads …. for certain markets.

As a Marketing consultant I manage the marketing for several companies.  I use both Google Adwords and Facebook ads – a lot.  But I especially like the effectiveness that Facebook ads give.

Now, just to be clear – I completely agree that Google ads are powerful.  That’s why I use them.  When someone is searching for a product or service that I sell, they are obviously hunting for information and I want to make sure that my ads are appearing alongside their Google searches.

The Problem with Google Ads

But what if you sell a product or service that people don’t necessarily search for?  That’s where the power of Facebook really kicks in.  If you’ve developed an even half-decent marketing strategy you will have defined who your target market is.  Depending on your product or service, you could tell me a mixture of their age, sex,  geographic region, possibly relationship status, whether or not they have children, and more.

How does that help you with Google ads?  Short answer: It doesn’t.  You can’t target your specific demographic with Google ads, except by specifying the country. (I know the interface says you can target by city, but it is highly inaccurate.  Google thinks I live in Christchurch, because that’s where my ISP is.  I actually live in Hamilton … a long way away!)

But with Facebook, thanks to users entering in a large amount of data about themselves, you can target your target market with high precision.

I use this extremely effectively in my online advertising for a client who is an education provider.

When I want to advertise the web design courses that Vision College (my client) offers, I have a precise target market that I can target through Facebook.

Firstly, geography:  I am only interested in advertising to people who live in Hamilton or Christchurch, or within 40km of these cities. (This is where the courses are offered).  I can do this accurately for every advert I run on Facebook.   (For a local product like this, this geographic marketing is highly valuable. Unlike Google ads where I have to advertise to the whole of New Zealand).

Secondly, gender:   Through Facebook I can target ads to just male or just females.  (Again, you can’t do this with Google).  I actually want both male and female students on this course.  The normal mix in the class is 65% male, 35% female, so I allocate my advertising to show more to ads to males than females.  Through Facebook I can also have different ads show to male and female users – and measure the effectiveness of each ad.  (For female users, having a photo of a female student at the computer works well.)

Thirdly, age range:  The courses I advertise don’t have an exclusive age range, but the reality is that the majority of students are 20 – 35 years old.  So on Facebook I choose to target my ads specifically to users in this age range.  Once again, this is brilliant.  Local newspapers or Google ads can’t give me that level of precision.

Fourthly, likes and interests: This is extremely powerful for certain products.  Some of the courses offered by my client are Christian ministry diplomas. Advertising in locals newspapers is a waste of money for this type of course, because the target market of people interested in going to bible college is so small compared with the population of the city – which the newspapers publish to. And just choose an age range and city location for Facebook ads would mean that the adverts get shown to the whole population within that target group – most of whom would have no interest in a bible college.  By using likes and interests on Facebook, I am able to target the ads to only show to people who have ‘liked’ Christian radio stations, churches, large well-known Christian organisations, etc.  This enables the ads to reach the very precisely targeted audience, and not get wasted ads showing to the whole population.

For other courses, like early childhood education courses, which have nearly 100% female students I choose to only show the ads to females in the target age range.

I have other courses that target 16-17 year olds.  While these students are on Facebook, I also have the ability through Facebook to target their parents, but choosing a higher age range and changing the text in the adverts to talk about the course being for their daughter, rather than themselves.

So Facebook ads are excellent when it comes to reaching an audience when the target market aren’t searching for your product/service.  With Facebook they “stumble upon it” and hopefully like what they see.  Ineffective?  Not at all!  Advertising in newspapers is based on the same “stumble upon” philosophy.  If you place adverts in a newspaper, you are advertising to a wide, almost indiscriminant audience, hoping that some readers will see it and respond to the advert.

So instead of having to advertise the web design course to 130,000 people in Hamilton in a newspaper, by advertising on Facebook I get to pick my demographic.  At the very least I can choose the sex and age range of my target market.  And I only pay if they are actually interested enough in the advert to click it! That’s a whole lot better than newspaper advertising.

In the education sector, when I run a $500 newspaper advert in a local paper, I expect to receive 5-6 direct enquiries.  But for $500 of Facebook advertising, (depending on the competitiveness of the market) I can have 260 people look at the website, and can expect 30-40 enquiries!

Do I still advertise in newspapers?  Yes.  But I’m running smaller ads.  And not running ads in all the special features the newspapers throw at me all the time.

Where am I spending the money I was spending on newspaper?  Google.  And Facebook.  I like them both.

But when it comes to reaching an illusive audience that isn’t searching for my product or service?  Facebook wins, hands down. 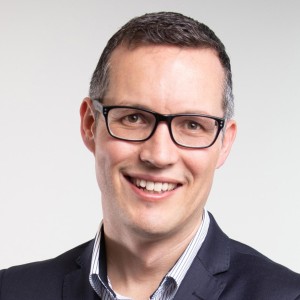