Outstanding Innovation by Small-town Kiwis in the war against P

In today’s blog we will look at the role of creativity in innovation. Innovation is the big brother that gets all the attention. But creativity is the air that innovation breathes.

With a dash of Number 8 wire flair, two men in a small Waikato town have produced a device they believe is a world-first in the fight against meth. (Stuff.co.nz)

The “P Alert” is an alarm which, once installed, will alert its owner by phone if it detects traces of P within its proximity.

It was invented by Te Awamutu man Jamie Hansen​ and has been on the market for about two years.

Hansen and his business partner, accountant Allan Spice, made an early decision to manufacture the device locally. After checking with US patent lawyers, it appeared to be globally unique.

Hansen said they received inquiries on their website from all over the world.

The above excerpt from Stuff’s article is yet another instance of Kiwis winning the innovation war. Well done – kudos to Jamie and Allan!

In a future post I would like to write more about innovation. But today, I want to talk about the precursor to innovation – creativity.

Lets start with a definition:

CREATIVITY is the ability to bring something into existence

But how does it happen?

Author of Defining Creativity: The Art and Science of Great Ideas, Wouter Boon offers a more interesting definition… creativity is simply making an unfamiliar combination of familiar ideas. In my experience, kids do this all the time. But somehow we lose the magic.

I really like that definition. For decades everyone everywhere was familiar with both ice cream and yoghurt. But it took ingenious entrepreneur H.P. Hood to make frozen yogurt in the 1970s. Known as “frogurt,” it was served as a soft-serve dessert, and it had a very similar taste to ice cream. An unfamiliar combination of familiar ideas!

Jamie Hansen​ and Allan Spice appear to have taken familiar ideas and combined them in an unfamiliar combination. We are familiar with alarm systems that phone us when there is a break-in or unexpected security event. We are familiar with mechanisms for detecting odours or chemicals in the air. Bringing these two ideas together is brilliant.

Seeing what nobody else sees

Wouter Boon works as a brand strategist in the creative industry. Besides being a consultant he is also editor-in-chief of international ad magazine Amsterdam Ad Blog. He goes on to say that the key to creativity is:

Seeing what everyone has seen but thinking something no one has ever thought.

Some people are naturally gifted at this. But it is a discipline we can learn. Some people find it easier to do on their own, others prefer company. We’ll look at ways to make creativity more likely a bit further down. But for now, lets look into the idea of thinking something no one has ever thought.

Many innovations have come from cross-pollination in business, where ideas from two vastly different industries come together. For example, creative connections are made when someone from the hospitality industry notices technology at the airport.

This take-what-you-want sushi bar uses the baggage carousel system from airports. The Not Invented Here blog sites this and many other examples of cross-sector innovation.

Using the concept of an airplane’s retractable landing gear, Owen Maclaren (a retired aeronautical engineer and test pilot who worked on the Spitfire) developed the first foldable lightweight baby buggy. This solution came to his mind when he tried to save his daughter the struggle with her cumbersome pram when getting in and out of airplanes.

Peter Drucker, the father of modern management, recommended business owners take a day out to visit completely different sector on a regular basis.

He says that one easy and engaging way to gather insights from beyond your day to day is to take a field trip.

“You only need to gather a few members of your team for an hour or two.

Leave your office and go to a place where you can interact with another organization that’s outside of your industry, but that also serves your customers.

If you sell packaged goods to moms, check out a gym they like. If you create entertainment for millennials, visit a cafe where they hang out.”

The key is then to ask the right questions. The Drucker Institute recommends asking:

The critical thing from Boon’s point of view is that any innovation goes beyond novelty, to adding real value.

So, what’s stopping us?

Richard Farson, in Management of the Absurd: Paradoxes in Leadership, says that typically, companies don’t innovate for a few recurring reasons:

We judge and evaluate

We deal in absolutes

We think in stereotypical ways

We don’t trust our own experience…

and we train our employees not to trust their

In other words, our own thinking limits us. Inertia, that tendency to do nothing or to remain unchanged, prevents us from breaking out of the box.

We make excuses, and we often know we are doing it. We hear ourselves saying some of the following things but we can be too comfortable, too busy, too risk adverse, to confront ourselves.

Have you heard any of the following recently?

We don’t do that here

That’s not the way we work

We tried that already

We don’t have time

It’s not in our budget

The boss will never go for it

That isn’t what people want

What planet are you on!

Farson goes on to say that:

“Real creativity, the kind that is responsible for breakthrough changes in our society, always violates the rules…

When we say we desire creativity we really mean manageable creativity.”

I wonder where I’m playing it too safe?

I wonder where I need to put myself in a place where I might get more ideas??

To wrap things up today, lets look quickly at the creativity process and how we can stimulate creativity. 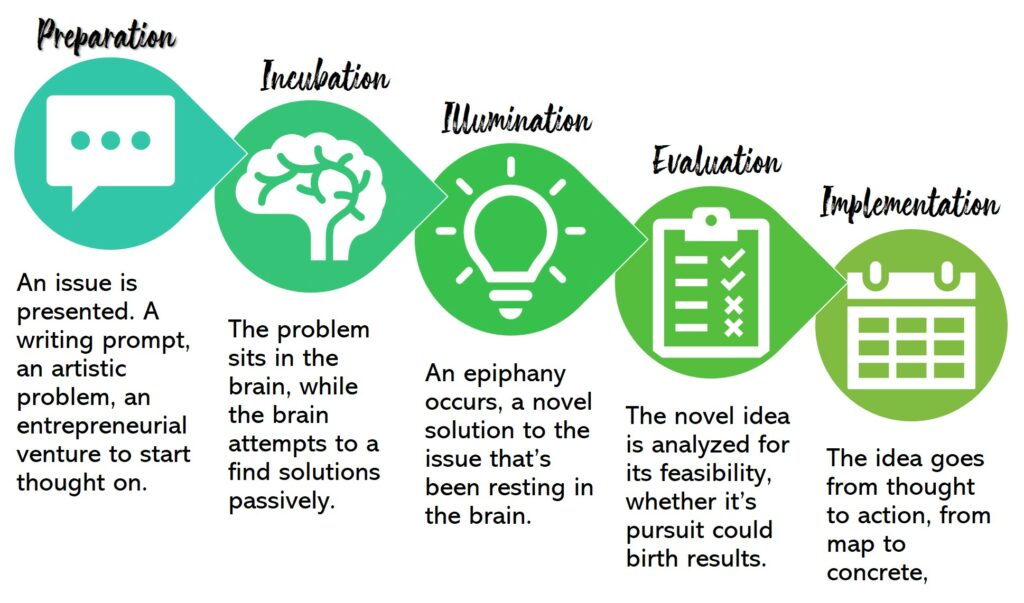 Let’s apply the sushi conveyor belt in our cross-sector innovations section above, to this process. This idea has spread all over the world. If you are in Auckland, here are the 5 Best Sushi Train Restaurants in Auckland

9 Brilliant ways to get the creative juices flowing

Curiosity will lead you to creativity. When you read enough or talk to enough experts, when you have enough inputs, new ideas start appearing.

Join a business networking group that includes people from vastly different sectors. One day over coffee you’ll “see it”!

Do Something You Love

Albert Einstein provided a great bit of fatherly insight when addressing his son’s interest in playing the piano that is applicable to losing yourself in the creative process: do something that pleases you.

Find Inspiration From Other Industries

Your next idea won’t come from copying what a competitor has already done. So look for innovation in different industries and niches.

How can you transfer what worked for businesses outside your industry to your own market?

Unplug (Or Just Do Nothing)

Sometimes your best ideas will come when you’re not wracking your brain trying to come up with the next great idea.

If your creativity is lacking, unplug. Relax. And let your brain do its magic

The story is told that when Peter Drucker was asked how to become a better manager, he replied: “Learn how to play the violin.”

This was, apparently, Drucker’s way of saying that the best managers and knowledge workers are excellent critical thinkers, creative and open to learning new things—just a few of the attributes that, according to a recent article in Time, seem to be in increasingly short supply among recent college graduates.

In a follow-up study, HBR found that people who take part in walking meetings are more creative and engaged.

Unless you value complete silence, music can be the thing to give your mood, and your creativity, a boost.

Steve Jobs used music to change his moods and keep himself creative.

Use the Six Thinking Hats Technique

Sometimes you just need to start over. Forget everything and begin anew with a blank slate – break it down using Edward de Bono’s six different coloured “thinking hats”.

Using this process could help you look at things in a different way.

Ask For Advice or Feedback

Sometimes you’re too close to a problem to figure out a creative solution all by yourself.

Asking for help isn’t a sign of weakness. Ask for help and advice from friends, peers, and people from your personal network that you trust and respect.

Step away from whatever idea you’re stuck on.

What’s the most useless idea you can imagine? Make a list of the worst ideas you can think up.

Now the real challenge to stretch your creativity: what are the best features of these terrible idea

Don’t get left behind when innovation strikes

What’s all the fuss about marketing? Does my business need it?

5 Compelling Strategies For Greater Customer Engagement On Facebook – Part One

Why I’m Not Sold on Apple’s Mission Statement 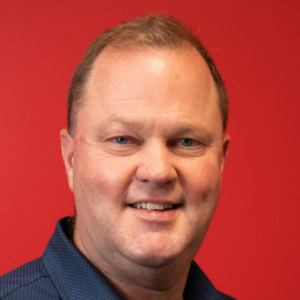 Andrew is an online marketing specialist, based in Hamilton, New Zealand, with personal experience in ecommerce startups. He originally trained as a computer programmer, and then accidentally drifted into adult/tertiary education where he held both teaching and executive roles. In that time he managed a multi-million dollar budget and around 90 staff in Auckland, Hamilton and Christchurch. His role included both domestic and international marketing. Andrew completed an MBA in 2012 which helped with the leadership and management of the business, as well as his ongoing personal involvement in developing and delivering online business education.